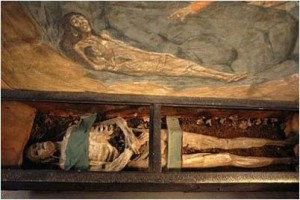 Many years ago I worked as the Chief Electrician on the now defunct West Coast Shows which ended up its season at the Arizona State Fair in Phoenix. In those days the salaried employees of the show got little more than subsistence wages and had to supplement their income in imaginative ways. The electricians made an extra buck by charging for “cut-ins” which was merely the act of securing ones electrical cord into the shows junction box with candy apple sticks. The usual “tip” for this service was $5.00 which covered the entire run of the fair and gave the tipper the privilege of calling on one of us if he had electrical problems during the date. Most paid with a wink and a smile and were glad to be able to invoke our services when they needed us but occasionally we’d get a “stiff” who would promise to “catch us later” but always had an excuse when it came time to pony up the dough.

One such deadbeat was a miserable old guy who had an “ARABIAN GIANTESS” show and had stiffed us for two years running at this fair. As grind shows go this one was particularly crummy with the “Giantess” herself in sad disrepair. The chicken wire was visible through the paper mache skin of her torso and her nose had been broken off and glued back on almost as badly and as many times as the cheap dirty wig on her head. Almost every day there was a raging beef at the ticket box as customers demanded their coins back and the show’s fixer had refused to even come down there to patch the arguments anymore. After the show closed late one night my friend and I tossed back a few as was our custom (just to ease the tension of the day of course) and heading home in an inebriated state through the now dark and silent Midway came past the dirty canvas top that housed the offending show.

“Let’s teach this tightwad a lesson” I slurred to my friend.

“Good idea” he replied staggering against the ticket box “Waddaya want to do?”

With a flash of what I considered pure genius we slipped under the dirty, mended side wall and grabbed the form of the Giantess from her plywood coffin and hurriedly carried her off.

At that time the old fairgrounds sat adjacent to the local golf course and was only a short way from the 18th hole. The Giantess was heavier then we’d anticipated and since we were having trouble walking anyway, decided to drop her there. The next morning we were roused from our sleep by the piercing sounds of many police sirens that seemed to be coming from the end of the midway. We hurriedly dressed and nursing our hangovers went over to see what all the fuss was about.

It seems a geriatric foursome had played an early round that morning and upon arriving at the 18th hole had discovered what they believed was the naked, emaciated corpse of a large woman, obviously the victim of heinous foul play. One of the old geezers upon retrieving his ball at the pin and coming upon this aberration in the dim light of early morn had almost had a heart attack and his friends had summoned an ambulance and the police. The news trucks arrived, sensing a great headline in the making and all hell broke loose.

By the time it was over the cops, not happy at being made fools of in front of the news people swore to track down the perpetrators of such a vicious prank and the golf course offered a reward for information leading to the arrest and conviction of those responsible for such criminal mischief. We were plenty worried because we knew the cops would trace the fabricated giantess back to the show and we would fade the heat. But Luck favors fools and as it turned out they confiscated the Giantess for evidence, the old show owner, fearing he would become embroiled in a lawsuit or even arrest in connection with this mayhem, tore down and blew before the show opened that morning leaving a big hole in the midway. We kept a very low profile for the rest of the fair and never breathed a word to anyone about what we’d done

In the not so distant past, people worked on a carnival until they dropped. Generally, a collection was taken up for them among the midway's personnel for them to be buried or the big shows took care of their final arrangements. There was no Social Security or pension plan for those who spent their lives on a midway. Today, modern social programs in America have helped alleviate some financial hardships, but there really isn't a place for these older people on a modern midway anymore and nowdays they just seem to disappear into the fabric of society when they get too old to work if they don't have family anywhere. ... See MoreSee Less

Ever wonder how the old time circuses got all those acres of heavy canvas loaded up so fast? These are 'spool wagons' and like their name suggests, they simply rolled the big top up on spools the way a window shade rolls up. Notice the old gasoline 'hit and miss' engines at the end of the wagons that powered the big rollers and the extraordinary width of the wagons thick wooden wheels that indicates just how heavy these wagons were when loaded. Although these spool wagons were time savers on tear down night, they were incredibly hard on the canvas fabric because they dragged the large big tops over the rough, dirty and stony ground, wearing them out prematurely. ... See MoreSee Less