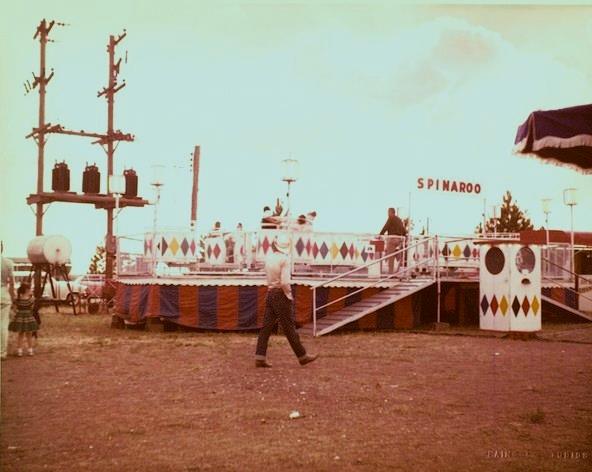 The King Amusement Company Factory Built Many A Carnival Ride

The King Amusement Company out of Mt. Clemens Michigan turned out many rides from the 1940’s through the late 1960’s. They could never be confused as the “Cadillac of Ride Builders”, in fact most of what they built was just marginal.

But they built a lot of those rides and they were relatively cheap to buy to get a show started on a shoestring budget.

A person could go up to the King Amusement Company factory in Mt Clemens, sit for a spell in the office with the always amiable Mr. King, cutting up jackpots with him in the office and if he liked you, you comb through the back lot where the trade ins were stored and be in the carnival business before supper for nothing down.
The King Amusement Company built many rides including the Whizzer, Flying Comet, Merry Go Rounds, kiddie rides and the venerable Spinaroo to name a few.
Having owned a Spinaroo, I recall that the ring and pinion drive system required a Lincoln welding machine permanently housed under the ride to build up the teeth on the drive gears daily. It was a nightmare to maintain and after a season I sold it to another sucker.

Having said that, it got me another major ride to add to my small show for very little money and that, I suppose, is the endearing legacy of the generous Mr King and the King Manufacturing Company.