You are here: Home / Carnival Movies / Showbiz And The Big Screen

Hollywood And The Midway

Movies Come To The Tented World 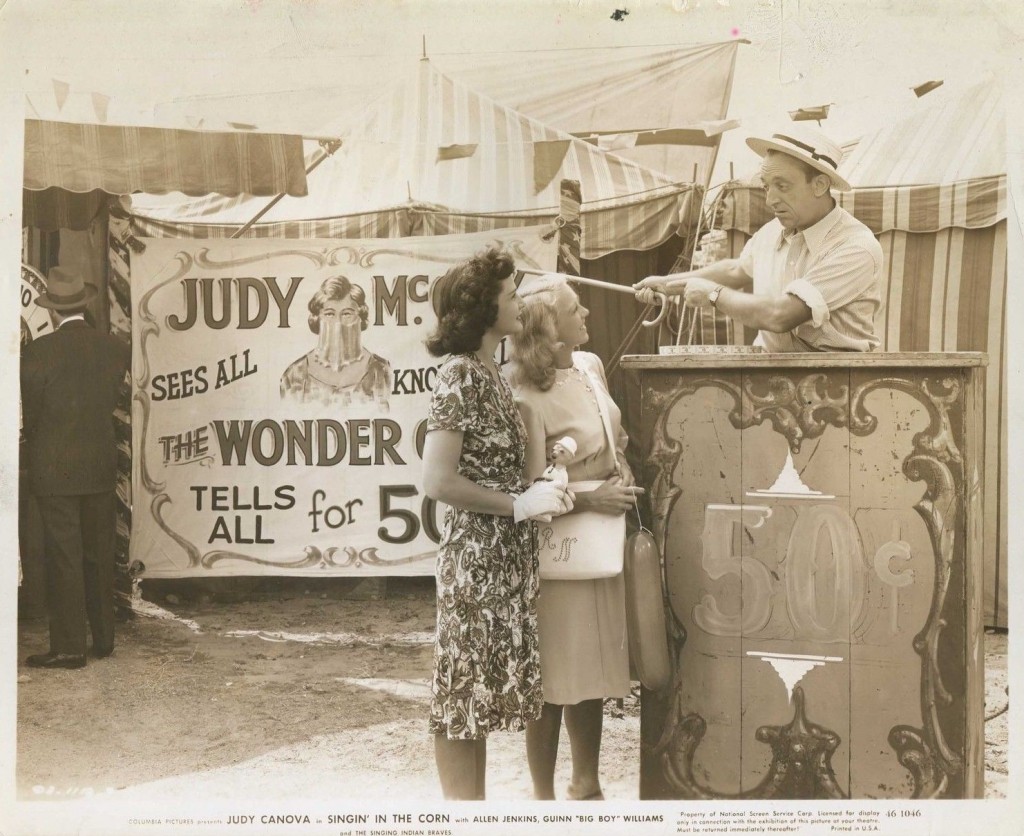 If you’re like me, you love old films that have anything to do with ‘The Biz’.

Victor Mature is great in the 1959 classic: The Big Circus which is an example of a little known Hollywood gem. Elvis Presley in Roustabout features colorful scenes from the ‘Crafts 20 Big Shows’ and Frank Sinatra, Dean Martin and Shirley MacLaine were spectacular in the 1958 classic film noir: Some Came Running, which showcased midway action on the ‘Great Sutton Shows’. Trapeze, filmed in 1956 with the incredible Burt Lancaster,( doing all his own trapeze work in the film) Tony Curtis and the beautiful Gina Lollobrigida is a must see.

There are several of these great old films that, if you have never seen them, you should put on your rainy day “Bucket List”

One such film that comes to mind is an old chestnut with the unlikely title of “She Freak”.It wouldn’t be worth watching at all except for the many colorful scenes of the old ‘West Coast Shows’ midway which I happened to be on at the time it was being filmed (You can see it in its 1 hr 23 minute entirety on You tube). I love seeing some of my old friends, who had non speaking bit parts and who have now drifted away over the decades for one reason or another but stay forever young in this old film.

One that I can’t seem to find and I have not had the opportunity to see is the 1946 comedy “Singin In The Corn” with the talented Judy Canova in her prime. Unfortunately many of these so called “B” grade black and white movies never made it on to video tape or DVD format and are lost or unattainable. Heres a great promo still for that movie.