You are here: Home / Carnival History 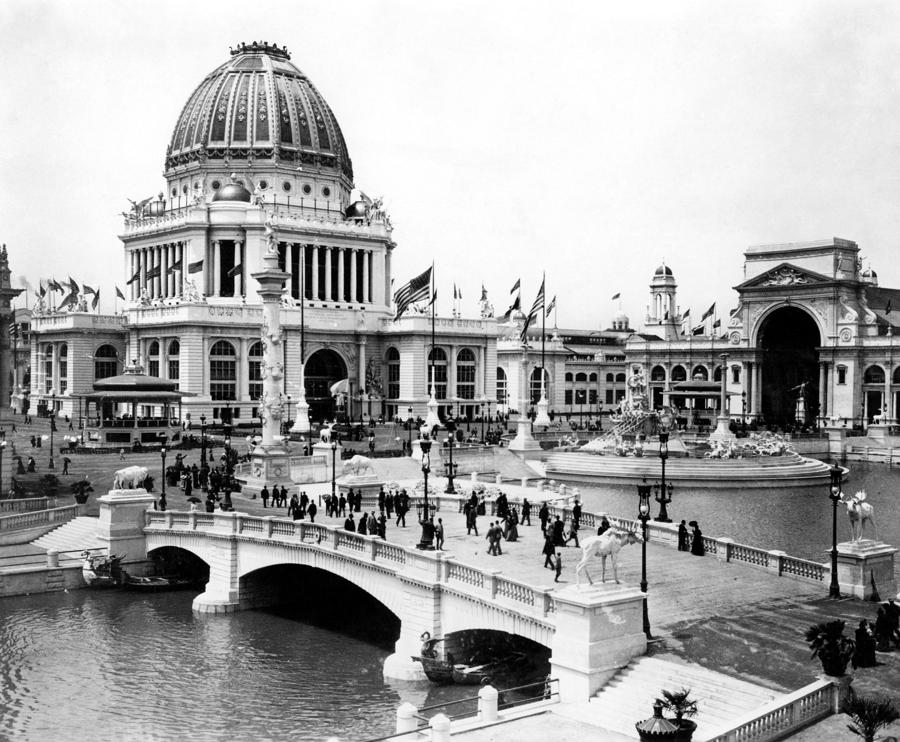 Where traveling shows in America began . . .

The amazing feats of those that dared to create magic on the midways have its roots in the extraordinary splendor of the 1893 World’s Columbian Exposition. This is a large piece of the rich and colorful carnival history in America.

The World’s Columbian Exposition was held in Chicago in 1893 to celebrate the 400th anniversary of Christopher Columbus’s arrival in the New World in 1492.

The Exposition was an influential social and cultural event and had a profound effect on architecture, sanitation, the arts, American industrialism, and became the very foundation for traveling shows in America.

The World’s Columbian Exposition was the first world’s fair with an area for amusements that was strictly separated from the exhibition halls. This area, developed by a young music promoter, Sol Bloom, concentrated on Midway Plaisance and introduced the term “midway” to describe the area of a carnival or fair where rides, sideshows, games, and other carnival-type attractions are concentrated at parks and fairs. 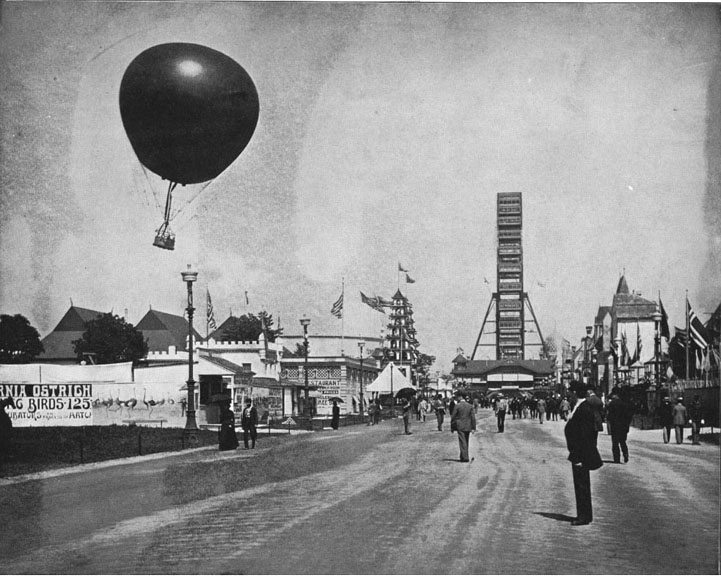 The Western entrance to the Midway Plaisance was one mile west of Jackson Park.  One of the major attractions, the Captive Balloon allowed fifteen “visitors who have aeronautic tastes” make a voyage skyward ascending fifteen hundred feet – five hundred higher than the celebrated Eiffel Tower.
While the White City featured monumental buildings to exhibit the fine arts, industry, and agriculture, the Midway Plaisance took on a very different form and character. Exposition planners intended the Midway to be a site for entertainment, as well as education. For the Midway’s ethnographic exhibits, groups of people from around the world—Indonesia, West Africa, Germany—were brought to Chicago to be put on display in buildings designed to recreate their “native” villages. At the same time, the Midway became a prototype for the amusement park and included the first Ferris wheel as well as numerous shows and cafes.
Every one of the concessions or private entertainments was directly in the visitor’s line of sight and a line of “recommenders” saluted them in all languages, imploring them to come in and see their attraction.
The Exposition offered the public acrobatic exhibitions at this end, where tens of thousands enjoyed acts on the trapeze and cross-bars.
There were rides and at the center of the great street stood the Ferris Wheel, always visible for many miles.

The original Ferris Wheel was built by George Ferris. This wheel was 264 feet (80 m) high and had 36 cars, each of which could accommodate 60 people.

Otto Schmitt, who was a showman at the world’s fair, formed Chicago Midway Plaisance Amusement Company. The company featured thirteen acts, including some from the World’s Fair, and began a tour of the northeast United States. The appeal of this new type of entertainment was embraced. In 1902 there were seventeen traveling carnivals in the United States. The number grew to forty-six in 1905 and by 1937 there were an estimated 300 carnivals touring the country. One such show, The “IT Shows” set up yearly on probably every empty sandlot in NY’s Brooklyn, Queens, and surrounding areas.