Welcome To The Big Show! 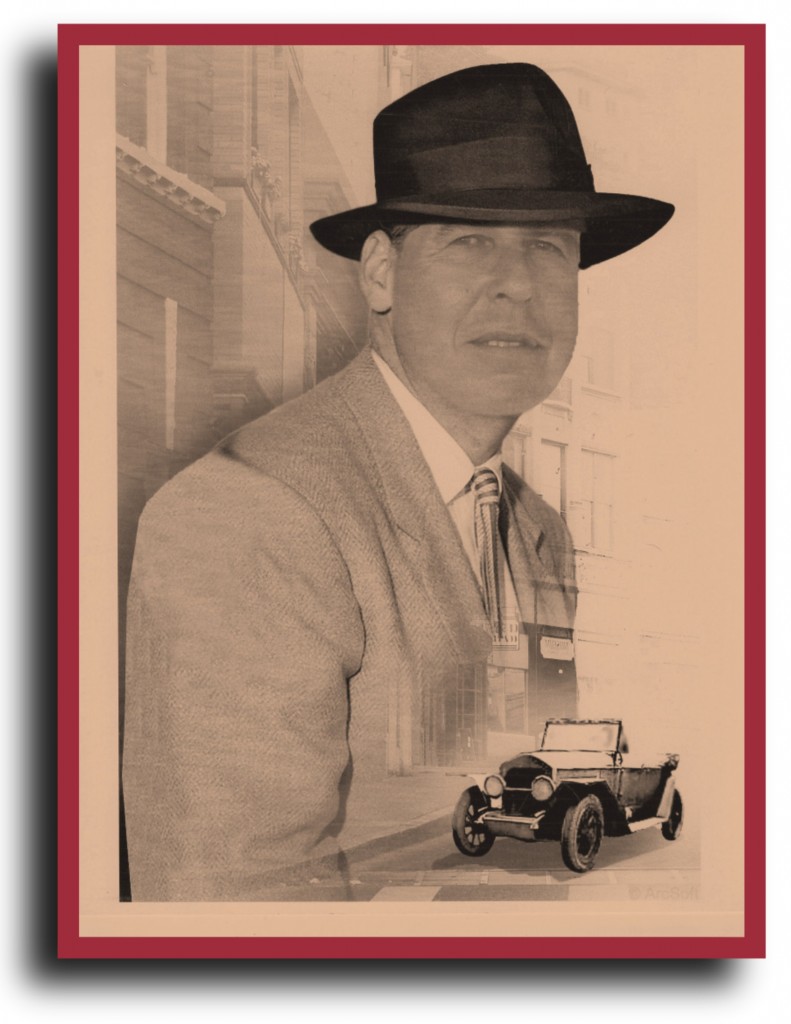 Grab a cup of coffee at the window from the surly old guy in the dirty apron with the cigarette hanging out of his kisser. Come and sit a spell at the weathered table under the grass-stained canvas top. Enjoy the smell of hot popcorn and cotton candy drifting across the freshly cut grass and take in the sounds of the wheezy old Wurlitzer Band Organ mixing with the children’s laughter. You’re just in time for the bally on the 10 in 1 and the marks are flashing plenty of stew.

This is jackpot central …. if you made it this far, you’re playing a red one.  I am constantly humbled by the thanks I get from those who visit my site. They love the old photos and stories from the road that bring light on the history of our business. I guess I feel a sense of obligation to keep these things alive because they are the chronicles of those who came before me and shaped my world. You see, I AM a “Showman” and proud of my heritage. Right from the very first moment that I stepped on the midway, heard those sounds, smelled those scents and saw those moving, colored lights, I knew, without a doubt, that’s what I wanted to be.

I hear many of those people who grew up in my era and spent their lives in other fields say wistfully “I wanted to run away with the circus/ carnival when I was a kid, but never did.” I think that’s because many are called, but few are chosen to be immersed in this colorful lifestyle. It’s a hard, sometimes brutal life and always has been. It seems to attract a different type of individual. Call them “mavericks”, “free thinkers” even “rebels” all those names could, in some respect, apply. They all fit those unsuited to the dictates of what’s considered mainstream ‘normal society’.

Most of those “wannabe’s” who had the internal fortitude to actually take the leap and “run away with the carnival/circus” and taste the experience for themselves, only lasted a brief season, if that long. (We refer to them as “First Of May’s”). But there were many, who not only lasted the season but went on to spend their entire lives on the “old sawdust trail” and they lived a life of colorful adventures that most people can’t even imagine.

The early pioneers of this business had imagination and drive and worked tenaciously in an age where hard work was considered the norm. Many were immigrants who saw an opportunity to get wealthy and brought their European ideas and traditions to their new, adopted country and applied them to fit the landscape. Like so many of their generation, they were the groundbreakers of their industry.

For those of the modern age, it’s hard to even comprehend that at one time, long before the internet, I-phones, satellite television, theme parks, and interstate highways, mile-long railroad carnivals and circus’s crisscrossed the landscape, bringing entertainment and wonders that most people in America would see and experience for the very first time in their lives and could never have even imagined existed.

The first motion pictures many people saw, long before multi-plex theaters sat beside every shopping mall, were under a hot, smelly, airless canvas tent on the back lot of a carnival midway. People from many rural communities got their very first look at an exotic animal when the circus came to town and they saw an elephant in the main street parade and a lion in an ornate cage wagon pulled by a team of perfectly matched white horses.

They saved up their nickels all year long in a Mason Jar or chalk “piggy bank“, watched in amazement, Annie Oakley shoot her guns with matchless precision, Tom Mix and his magical horse do the things dreams are made of, and beautiful, costumed  girls gracefully fly through the air like mystical birds on a trapeze under huge canvas tents. They rode thrilling mechanical rides, observed strange and unusual people, tasted cotton candy and listened as a beautifully decorated machine actually played music like an entire brass band. Perhaps grandpa and dad thought up some excuse to sneak off on Saturday night to gamble a few bucks on the games of chance and see those wanton “hootchie- cootchie” girls in the back tent that the local women were all so up in arms over.

Then, like something magical, the show was gone into the night. Life went back to its normal, slow pace and the magic disappeared back into an empty grassy lot once more until those colorful railroad trains, loaded with the mysterious, brightly painted wagons came again. These shows and the people who were responsible for bringing that magic are important to me. They made my life possible. They created something wonderful. Something that will never, ever come again. I don’t want them to ever be forgotten.

Now, with the modern technology that has been the very instrument of undoing the world they created, I have an opportunity to scour the world and put all this information in one place and space. I am fortunate to live in the one town in all the world that abounds, more than any other, in the rich history of our business and I am blessed to personally know and have known many of the colorful characters that were so instrumental in forging that unique history.

To quote a line from the wonderful novel ‘Water For Elephants’…. I have lived a good life … a big life . . . I have no regrets” . . . I’ll try and share some of that life as best I can and keep the light burning.

* * * Doc’s Midway Cookhouse has many historical circus and old carnival photos as well as many written articles that are best viewed at a clearer resolution in the ‘Google Chrome’ browser. 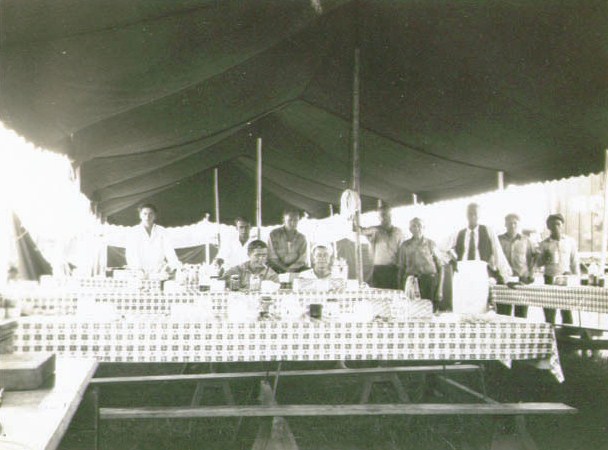 Dining Tent With Crew From Sparks Circus In The 1940s 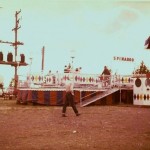 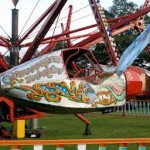 The Fly O Plane – Interactive Thrill Ride Vintage Carnival Rides For those of you too young to have ever seen one of these in action – check this vintage carnival ride  – Fly O Plane The Fly O Plane ride was manufactured in 1948 by Eyerly Aircraft Company.  The Fly O Plane was originally designed to […] 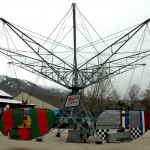 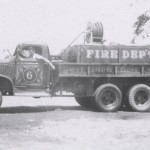 
Big Shows Fire Departments Ensured Safety Carnival Shows Had Their Own Fire Department Some of the bigger carnival sows had their own fire department. It was important that fires be brought under control quickly to keep from spreading on a tight midway. The local fire trucks, especially coming from a volunteer fire company, could take as long […] 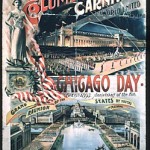 1893 Chicago World’s Fair The Temporary City I’m continually amazed at the history of the World’s Columbian Exposition’s “White City”or Chicago Worlds Fair of 1893 because it was the beginning of all carnival related enterprises here in America. Without it’s inception it’s possible there would have been no carnival midways here or anywhere . . […] 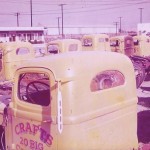 
Crafts 20 Big Shows Legacy Comes To An End In the early 1960’s, after the death of Orville Craft, the once great ‘Crafts 20 Big Shows’ finally went to auction. The winter quarters property, in North Hollywood California, had become so valuable that it was worth far more than the show had ever been despite […] 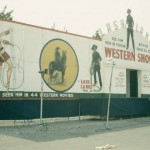 In 1955 the Canadian National Film Board made a small movie of life on a carnival. This was the "World's Finest Shows" with the Terrell Jacobs Circus on the lot. Both are long gone from the world now as well as the old rides, shows, and games that once were the mainstay of a carnival midway.It's a fascinating time capsule of life on an old railroad show featuring many interviews with the old showmen that have gone on to that big railer in the sky. Sit back and enjoy this 30-minute piece of show business history.....www.facebook.com/scootergregg.korek/videos/2264616487009312 ... See MoreSee Less

Occasionally I'm asked if we sell anything in our collection of artifacts at the museum. While we do have a gift shop, we don't sell off museum inventory. We will Horse Trade, if the right items show up and we have duplicate pieces, but we don't sell off ANY artifacts....They belong to YOU and the future generations to come. The museum does, however, host a site where members can buy, sell, and trade carnival, circus, and outdoor amusement related items. We just hit 2000 members on the site. You can find anything here from rare carnival history books to complete carnival rides. It's just member to member transactions and there's no fee to join and we don't get any percentage. The only stipulation is that anything posted be outdoor show business-related. READ THE RULES before you post. Just like here, they're simple and easy but we are adamant about them. First and foremost: Have fun, Be nice.www.facebook.com/groups/1952670874794812 ... See MoreSee Less


Hilliar – The Man That Can Tell William John Hilliar was a professional magician that performed in vaudeville in the 1900s.  He ghost-wrote Howard “Thurston’s Card Tricks” (1901) He also ghost-wrote T. Nelson Down’s book “Modern Coin Manipulation” and wrote his own book “Modern Magician’s Hand Book” (1902). and wrote the column on […]


Hollywood And The Midway Movies Come To The Tented World If you’re like me, you love old films that have anything to do with ‘The Biz’. Victor Mature is great in the 1959 classic: The Big Circus which is an example of a little known Hollywood gem. Elvis Presley in Roustabout features colorful scenes from the […]